You are here: Home / Curriculum / I am THAT Mom who second guesses herself

My number one thought of second guessing myself is with homeschooling. It is a constant struggle for me, thoughts I am slowly overcoming and becoming empowered in. This place of doubt comes from the pressure of public schools and the so called standards that people more educated than I think my children need to “hit” at a “certain time”.

For months I would constantly second guess my curriculum choices, field trips, playtime, days off, and so on. I was always thinking my children were going to “fall behind”, that my children could not test where they needed to be if they were to test along side public school kids.

In hind sight that sounds ludicrous to me now, I have homeschooled for a few years now,  but at that time those thoughts felt very true and some days they still do.

The beauties of homeschooling are numerous, the benefits are amazing, remembering that is where your confidence can begin. Let me share a story with you that really opened my eyes to the fact that our homeschooled children are exactly where they need to be.

This past school year 2015-2016 my older two children wanted to go to public school to see if they would like it. One child in particular needed a dose of reality so I was okay with enrolling them. We enrolled them, and they started school. My mama heart was broken, I was second guessing our decisions and wanted to say no, but I prayed about it and had peace.

The first few months were great, they were excelling and enjoyed being with new friends. Then the shiny newness wore off and I had one child asking to come home, she came home.

What astonished me tough was that when were finding where she needed to continue in her curriculum at home ,we found that in math especially, she was exactly where she left off in 7th grade. Yes, she was in public school for 5 months and was at the same exact place in math. I couldn’t believe it.

Before I withdrew my child I had a conversation via email with her math teacher. I asked if my child would be ready for Algebra 1 next year, what they were doing now, and why she thought my daughter asked too many questions. Her response confused me. She stated that my child who was making 100% in her class would do great in her Algebra 1 class, but since she scored a few points below the state MAP tests for Algebra 1 she could not put my child in Algebra 1. WHAT???? That made zero sense to me. This showed me that the school was not interested in teaching my child to her ability, but to teach for a test. The teacher had no say in what was best for my child? Crazy!

So this is true:

There may be educated people all around you doubting you, but you stand up and be your child’s voice. Show your children that there is not always one way to do things. There is choice in this world and teach them how they can choose wisely. Show them that a paper or test is not who they are, they were made for more, to make a difference in this dark world. They are smart and can ask questions, that is how they learn.

You show them confidence! You can be confident! Stop listening to the voices of doubt and listen to what God has called you, ENOUGH. Your are ENOUGH. So throw those second guesses of doubt away and put your truth on. You can do this mama.

Note: One of my children is still in public school, but he would prefer to be home. He plays basketball and wants to play on a school team. We are looking at other online homeschool programs that are NCAA approved and will hopefully see him come home soon.

We are praying though that the Tim Tebow law is passed in our state of Kentucky, and that would give him the ability to play for an eligible team and be eligible for scholarships while being homeschooled.  Your support in anyway is always appreciated.

Join along with iHomeschool Network and read other I am THAT mom posts.

You will receive weekly updates, freebies, and more!

Success! Now check your email to confirm your subscription.

How to Create Your Own Unit Study
3D Art for your Homeschool: Atmosflare 3D Pen

What can I help you find?

Nice to meet you!

Alana Satterly is a mom of four kids that keep her on her toes, a follower of Christ, a wife of 18 years, and a lover of peppermint mocha coffee. Her husband is a cancer survivor, and that journey started her love of writing on her blog I have a Future and a Hope where she encourages women to find hope in their faith, home, finances, parenting, and more. Read More…

Items in Your Cart

Your cart is empty

Sign up and never miss one! Get updates, a free e-book, freebies, and more.

Visit [email protected] I have a Future and a Hope's profile on Pinterest. 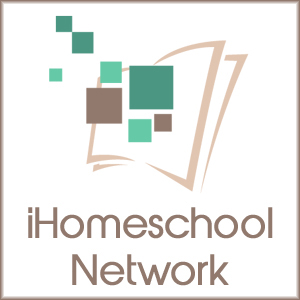 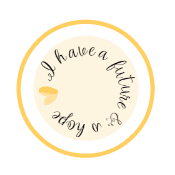